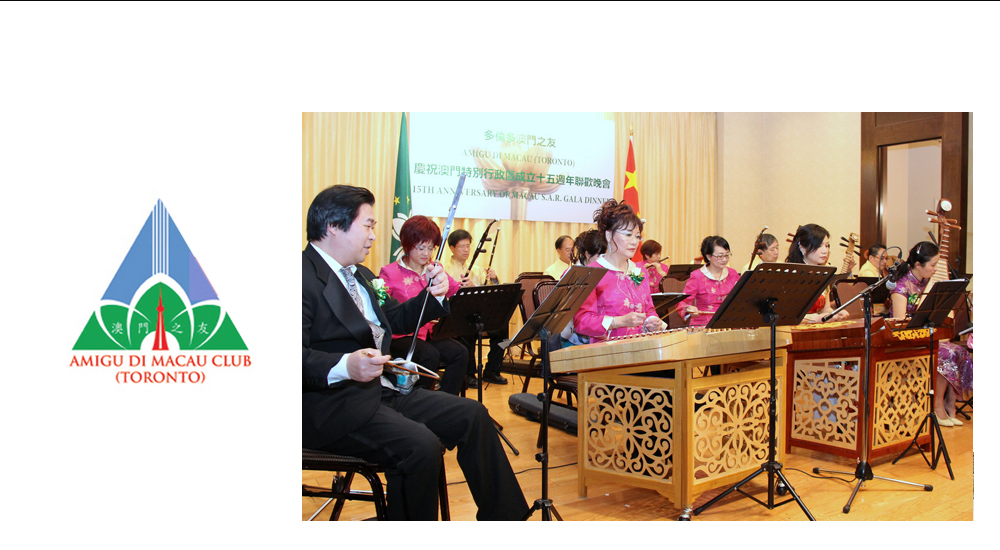 Amigu di Macau Club (Toronto) is a non-profit organization, founded in 2002 and officially registered in Canada. Our Club’s Chinese music ensemble, formed several years ago, maintains a repertoire of both traditional Macanese folk music and Chinese classical music. We strongly feel it is one of the important avenues to reach the community and overseas audiences, in preserving and promoting Macao’s unique cultural identity within a multicultural context in Canada and, along with other ethnicities, to building a culturally diverse and united Canada.

The uniqueness of Macao’s culture came from China, with main influence from the Europeans, as it was a Portuguese settlement for almost 450 years. Numerous Chinese and European poets and artists passed by Macao during those years, and they contributed to a vast multicultural influence of Macao’s arts and culture, e.g. literature, paintings, photography, music, and dancing. Through activities and events, Amigu di Macau Club is committed to promoting an ongoing awareness and appreciation of this cultural legacy, ensuring its preservation as a cultural asset and a living value, for the enrichment and enjoyment of people in the community and at large. More importantly, Amigu di Macau Club ensures these culturally distinguishing traits are promoted and made known through community involvements and at different levels of the Canadian community.